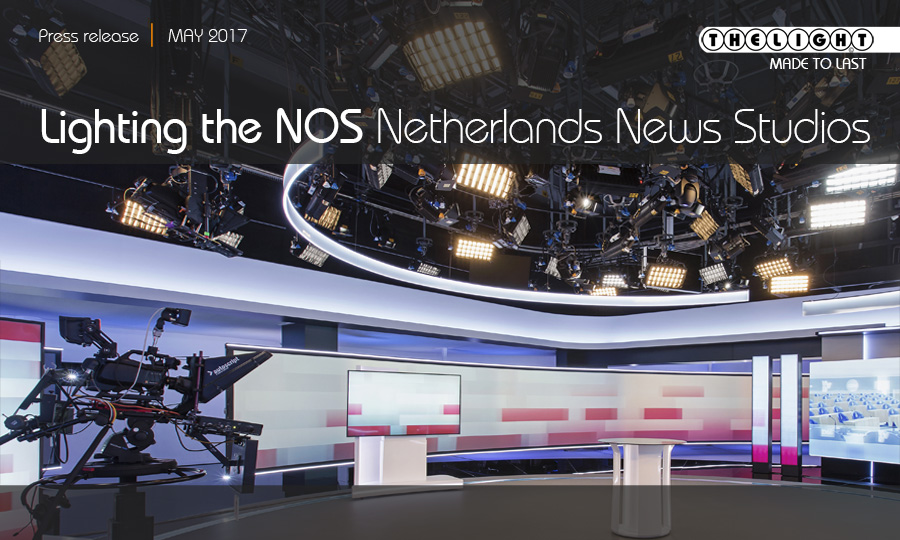 NOS Dutch Broadcast Foundation is The Netherlands public broadcaster for sports and news. Following the style and layout renovation started in 2012 on many of its programs NOS has completely upgraded its studio 8 & 10 including several control rooms. 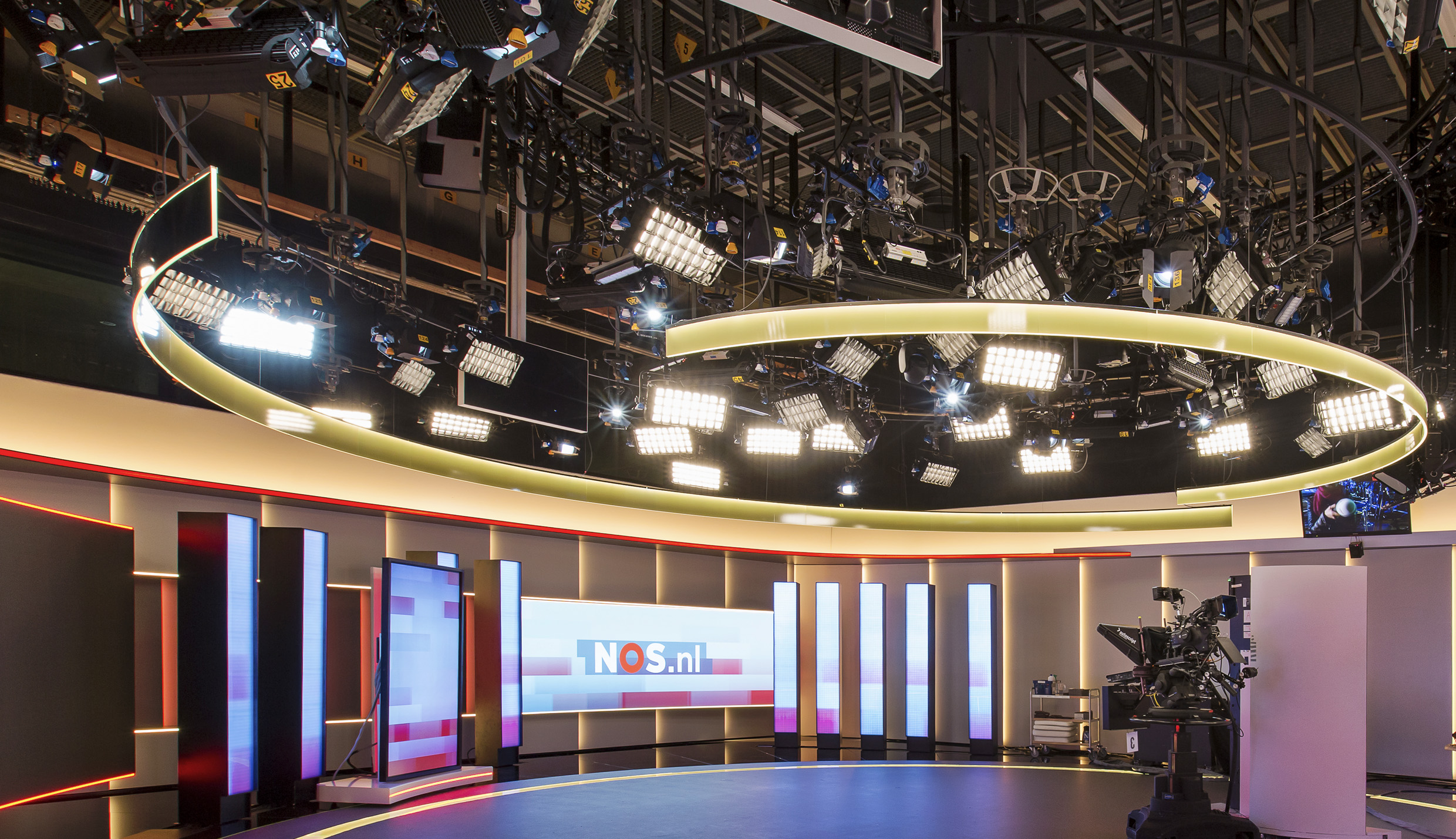 The new studio 8 light design was challenging as the lighting needed to be flexible enough to light the prime time news program with one or two presenters but also be used for interviews, debates around a table and also for the weather program, while every scene was going to be recorded by three cameras on pedestals plus a camera suspended from the ceiling on a remote control round track dolly plus telescoping system to produce wide moving shots.
After extensive tests with many light fixtures the light designer Bas de Vries decided to completely light the studio using LED sources mainly based on soft light from VELVET Light 2 STUDIO panels combined with ARRI L7-DT Fresnels for studio 8 and in combination with ARRI L5-DT Fresnels for studio 10. Also a mix of LED wall washers, pixelbars and LED zoom par fixtures were delivered to complete the set.
During the installation and light adjustment Bas contacted THELIGHT-VELVET asking for a smoother dimming curve to specially mimic the fade in and fade out of traditional tungsten light. Following VELVET policy to provide custom solutions for every project special requirements, their software engineers developed a custom algorithm with a special dimming curve that was quickly uploaded on the VELVET panel by Controllux technicians by simply updating the Firmware.