LED Lighting round table at Definition Magazine with VELVET 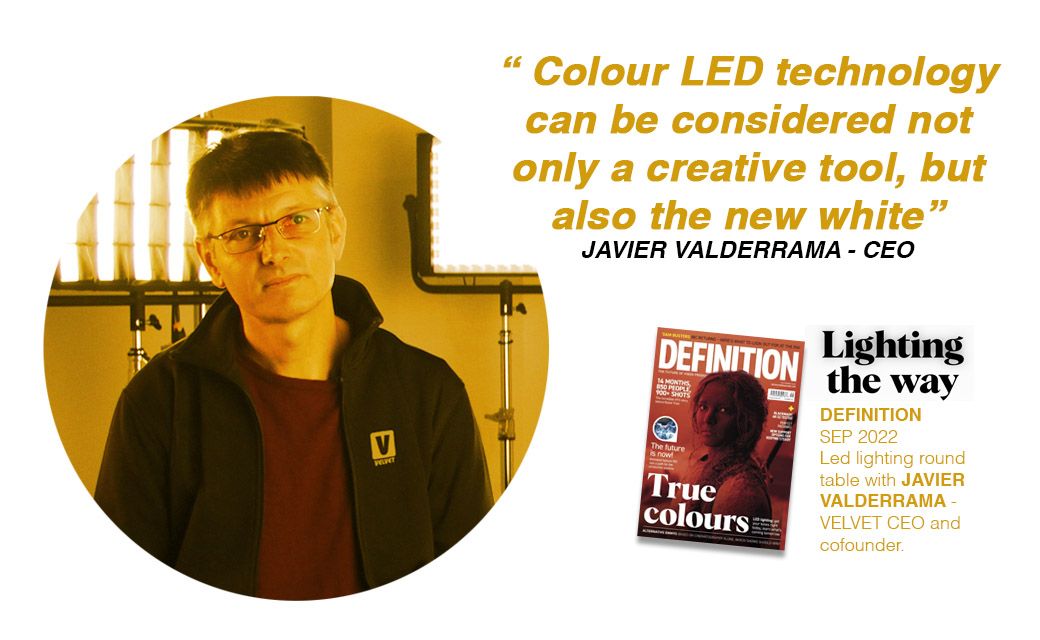 Last September, the DEFINITION magazine invited the most relevant manufacturers in the film and television lighting industry for a round table meeting. The aim was to discuss the current and future challenges of this technology, which is no longer so new, and how it has influenced current audiovisual production.

Javier Valderrama, CEO and co-founder of VELVET, participated as one of the guests and highlighted the key lines along which the industry is moving and which are the core of the driving ideas of VELVET 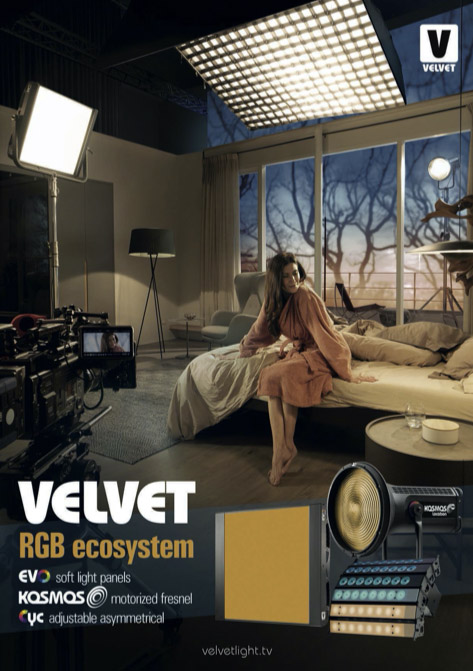 Sustainability and speed up productions are VELVET’s true leitmotiv, always from a high quality standard. On the point of colour lighting, Javier firmly believes that “colour LED technology can be considered not only a creative tool, but also the new white”.

“Sustainability is not a choice these days. All other advantages that LED brings could be summarised in the slogan of our KOSMOS line: Speed up your shoot! Many productions are well aware of the efficiency benefits” 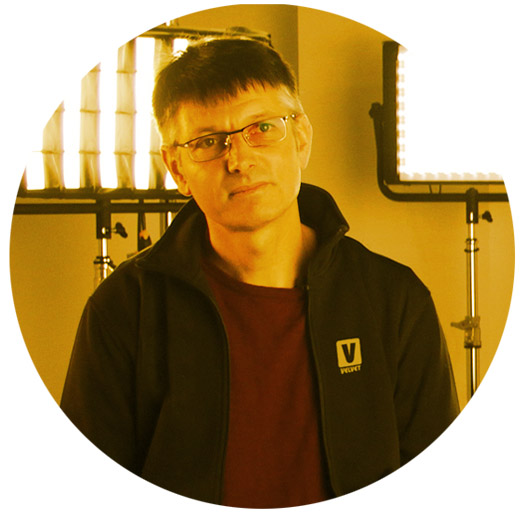 We invite you to read the interview at this PDF